Something I produced for a client. It's an amalgamation of solar imagery and a London riot police officer. 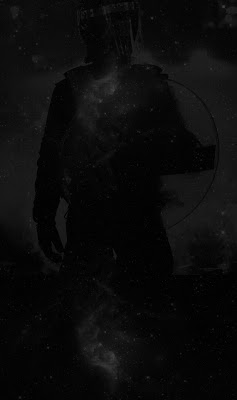 In further news, I now have a tumblr - Check it out!
No comments:

Great news! I have (finally) completed my paper project comic! I spent around 3 months re-drawing every page before until I was happy with my pencils. I then began working at the incredibly slow, but realistic, pace of colouring one page a week. Time well spent!

Now, the small feat of trying to get the paper project published! I'll keep you updated on our progress.
No comments:

I had this sudden urge to express my love for some of the Hip-Hop artist who I think are severely underrated. I will restrain from commenting on the mainstream Hip-Hop industry, but suffice to say it would be in a lot better shape if these guys had more of a look in.

In no particular order I shall begin -

JMT are probably my favourite hip-hop group and I think all their albums are brilliant, But if I had to choose a stand-out album it would have to be 'Servants in Heaven, Kings in Hell'. 'Uncommon Valor: A Vietnam Story' alone makes it one of the best hip-hop albums ever!

With over 2 decades behind him, how Masta Ace has not become a house-hold name is beyond me. My Album of choice - Disposable Arts.

That song leads me neatly on to Jean Grea. A constant reminder that there is still hope for female hip-hop...yes I'm looking at you Nicki.

Dan 'The Automator' plus anyone he works with is an instant classic! But Dan and Del the Funkee Homosapien is easily one of the best hip-hop albums ever made.

I have been a long-time fan of Cage, but I always felt that he had more in him. Then he released 'Hell's Winter' and all my concerns evaporated. For me, Cage's best album to date.

I can easily say that 'Boy Meets World' was the most over-looked album of 2009. First album in a long time that I didn't skip half the songs. My personal fav song is 'When She Calls', 'samsonite man' comes a close second.

Now GZA is quite well known but is without a doubt in the shadow of some of the other Wu members. GZA has been consistently great on his solo albums and for me superb collaborating with DJ muggs on 'Grandmasters'.

Any MC who can write 2 great songs based solely on comics characters deserves a platinum plaque (or 2). Check out 'Palace of the Pretender' - a must have Hip-hop album.

Definitely an artist who has most peoples opinions split. I don't get it! I think he is unique and brilliant. Check out 'Buck up Princess'


Now they did have a bit of spot-light with 'Awnaw' but that song is not the best representation of how good Nappy Roots are. 'Watermelon, Chicken & Gritz' was their debut and still one of their best. 'One Forty'is one of my favourite tracks but as I can't find it, here is 'Back Home' from their new album

Kurupt has had his highs and lows and I have been a fan for the most part. Nothing has shown how great he is more so than 'Tha Streetz Iz a Mutha' - definitely an 'All Killer, no Filler' album.

A brilliant producer who produces great solo albums. My personal fav 'Balance & Options' Which brings us to a nice close with a song tittled 'Change Da Game'

Now this may come as a shock to most people, but I have been drawing lately! Specifically on my comic for the Paper Project. The project which started over 3 years ago has definitely slowed down its pace right down to halt. BUT the good news is I will do everything I can to help Kyri (the brainchild of the project) see it through and get the book published!

This is the first page of my comic titled 'The Headline'. Sadly it's all I'm allowed to show but, with any luck, you will be able to see the rest in the book! 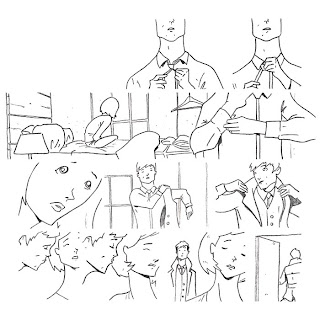 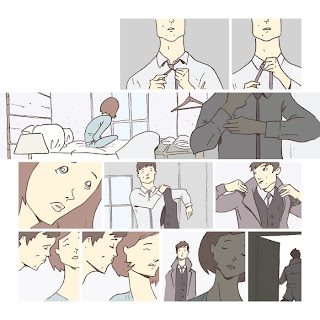 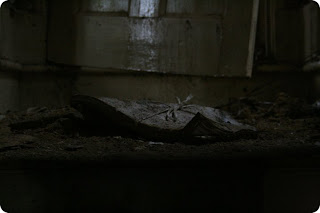 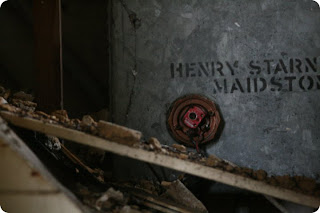 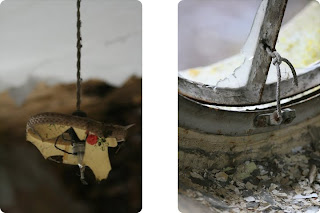 Found in the abandon Leybourne Grange Hospital.
No comments:

Graffiti from where I am sitting

As my first post of 2011 I promise you much of the same for this year...which is empty promises and half finished work! So do keep coming back for that.

My brain has been everywhere this year, with so much going on, so I decided to have this piece of writing as my first post in an attempt to get rid of some of the clutter in my head.


I should mention I write this as an observer, I have never been a graffiti artist, but I have always been an admirer and a fan.


The 70s saw the modern form of graffiti as a radical form of political protest.

By the 80s graffiti had been embraced by the lower-classes. Graffiti appeared all over major cities as an striking statement of 'we are here and we will not be ignored'.

By the late 80s graffiti had become amalgamated with hip-hop music, the more commercially successful hip-hop became so to did graffiti.

In the 90s graffiti had a short spurt in the main stream media, as more and more commercial designers incorporated faux-graffiti in their work.

The late 90s and early 00s saw a new age of graffiti artist; more conscious of how main stream media works. Some artist started to produce work more consistent in style, making their pieces more recognisable, in turn creating a brand for themselves.

By the mid 00s graffiti 'branding' had caught on, as more and more graffiti artist were adopting this approach. Now coming from all classes and creative fields, more people were using public property as their billboards. So much so that the humble graffiti artist had his name changed to 'street artist'.

By the late 00s we had seen the meteoric rise of some of the best and more prolific street artist. With many becoming house-hold names, and selling their work for thousands of pounds. Street art had become a cash cow, and it's origin or purpose did not matter.

Though the 00s saw graffiti and the street art movement at it's most commercial, it also saw the greatest appreciation from more classes then ever before. Many government councils even expressing their pride that their borough had graffiti by so-and-so.

As all things that rise and peak, inevitably fall. I personally feel graffiti has been at saturation point for quite some time now. Those with foresight got out at the right time and diversified. With that said, as the pattern shows, there is always a need for graffiti. In my opinion, it merely needs to rest in the shadows for a little while before it can truly make a statement again.
No comments:

Whilst working on Creating Heroes, I had a very clear image of what I wanted the text to look like, and couldn't find a good free font anywhere. So I did what any self-respecting designer would do...I made one myself!

It took a good few days to perfect; partly because it kept on cashing and refusing it show me my amendments, there was confliction problems, and kerning issues. Anyway after all that it was complete! I called it 'Hero'! I love it so much that I have decided to share it...for Free! 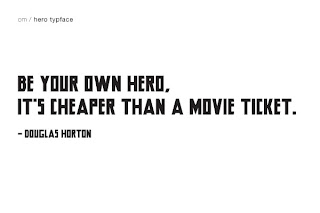 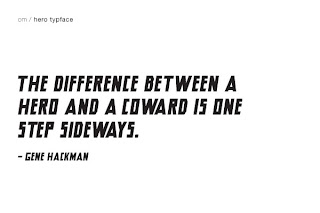 Time taints the taste
To the point of impure.
Once a fine figure flirting
On the cusp of demure.
Never more settled than to
That of the settlement of more.
What was a lustrous lake
Seems to be a laden shore.
Most would haste to partake
In a seldom chance to explore.
Now cracks seep to the surface
Disclosing her former craved core.
The familiar covet has faded
So to has those who do adore.
Abandoned by her wittol,
Left to atone her debauched chore.